In the evening of June 21st, the program Da Nang – Summer Destination Festival officially opened at the East Sea Park with a large number of unique art performances honoring the beauty of Vietnam.

Visiting Da Nang that day, tourists not only enjoyed being immersed in beautiful blue sea but also were impressed by a giant national flag covering most the East Sea Park’s space. The red and yellow on uniforms of contestants blending the same color of the national flag may be the most wonderful image of activities in the opening day. Many cultural, entertaining, and sporty programs have left tourists the impression of a coastal city dynamic and youthful.

Among plenty of activities taking place on June 21st, the program of performing aircraft model of Da Nang aviation club attracted the most attention of tourists. Over 35 aircraft models with different colors and designs of members of Da Nang aviation club have brought breathtaking performances, making the atmosphere those days become increasingly vibrant. With great aerial performances, aircraft models were considered as professional athletes on thrilling races. Many of them also carried the national flag to transfer the message “All for beloved Hoang Sa, Truong Sa”, which deeply impressed in the heart of each people and tourist visiting Da Nang. Lieutenant Colonel Nguyen Ngoc Hung, the Chairman of Da Nang Aviation Club said that the club had been operating for 10 years, becoming a home for members having passion and patience for this sport. This year, the club wished to send to local people and tourist the message of sovereignty through flags and phrase flying in the sky of Da Nang. The sea of Da Nang in the afternoon of June 21st was more bustling with the contest of “shaking basket” of local fishermen, which recreated the unique traditional culture of fishing villages. Although the weather was hot, a large number of local people and tourists appeared very early, choosing a convenient seat to watch the contest and cheer for participants. Among shouts and drums of viewers, 21 keen rowers of 7 coastal villages overcame big waves, trying hard to reach the finish in shortest time. A participant shared that he felt tired but happy. The contest not only created a playing ground for fishermen to relax, improve health but also promote the spirit of the profession in offshore trips. In addition to the “shaking basket” contest, there were many other performances of sea sport held by tourism companies such as canoe pulling parachute, water motor, and so on. Da Nang – Summer Destination 2014 Festival is one of the largest festivals in Da Nang with plenty of attractive programs and contests. The festival takes place until the end of June with the aim of promoting for Da Nang tourism in 2014 summer. 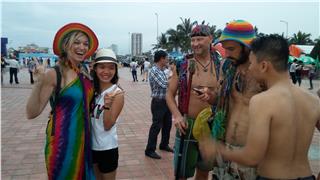 The theme of Da Nang Fireworks Festival 2015 is “Da Nang - Symphony of Colors”. According to plan, each team participating in the Da Nang International Fireworks Competition will have 20-22 minutes to perform. Da Nang Fireworks Festival 2015 is coming closer. All activities in this competition are ready to show. Not only can locals and tourists in Da Nang contemplate these fireworks shows, but also international friends can see on reputable world channels. Vietnam Japan Culinary Festival was taken place on July 15th and 16th , 2014 at Da Nang Civic Center Park on the occasion of successful opening a new direct flight from Da Nang to Tokyo by Vietnam Airlines. 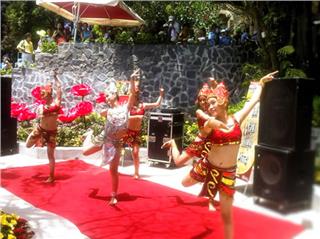 On June 27th, Sun Group said that the Wine Festival celebrated in Debay Wine Cellar from now until the end of the year was expected to be a distinctive highlight in summer of Ba Na Hills Da Nang. 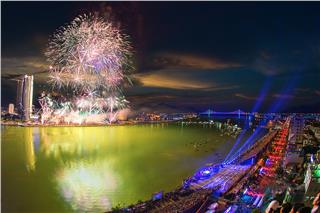 The Da Nang International Fireworks Competition 2015 (DIFC 2015) is officially announced to take place on April 28th and 29th 2015 with the theme of “Da Nang – a colorful symphony”.

Da Nang Light Festival will be held in September 2015

Instead of being held at the end of April before Da Nang International Fireworks Festival, Da Nang Light Festival will be organized in September 2015. The change makes the light festival have more time to prepare better to serve locals and tourists. 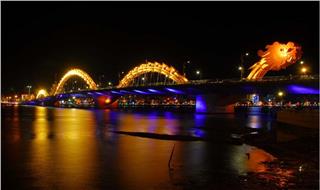 Da Nang Light Festival 2015 with international scale will take place from April 24-16, 2015 on Bach Dang Street. The festival is held before the happening of Da Nang International Fireworks Competition 2015. 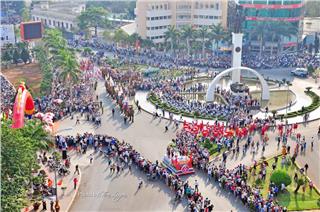 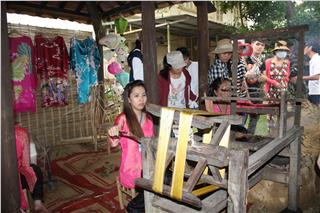 From the end of April to early May 2015, Hue Traditional Craft Festival 2015 will be held in Hue Heritage Area. In this festival, there are many outstanding activities relating to traditional handicraft in Hue and in Vietnam. 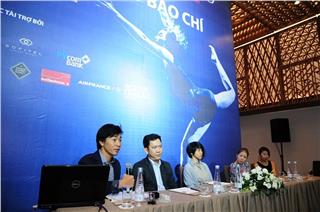 Choreographers and dance groups from 7 countries including Italy, Japan, Korea, Isarel, Philippines, Sweden, and Taiwan, will converge in Saigon to attend in International Dance Music Festival. The festival will take place from December 7th to 16th, 2014. 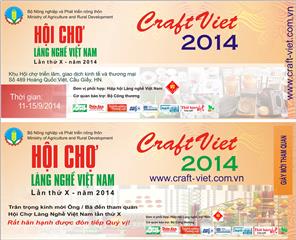 In the night of September 11th, the 10th Craft Viet Festival 2014 was officially opened in Hanoi. There were over 300 booths of 200 agencies and enterprises participating in the fair. 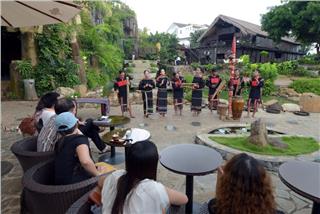 Buon Ma Thuot Coffee Festival 2015 is one of the most important events in Vietnam in general and in Buon Ma Thuot in particular. The festival is characterized by many outstanding activities to attract visitors and promulgate Vietnam coffee. 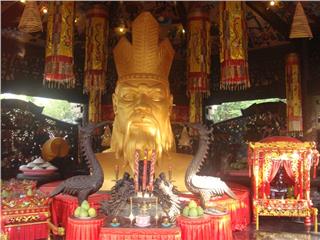 Phu Tho is ready for Hung King Festival to be held in 2014. The festival’s organization rejects records of units, organizations and individuals preparing and honoring the festival. Phu Tho also strives for making the festival an epitome of the country. Lam Dong Department of Culture, Sports and Tourism announced that from August 7th to 10th, 2014, Rainy Season Festival in Dalat will be taken place. Visiting Dalat this time, tourists have many chances participating in a variety of special activities. From April 27 to May 1 in Can Tho City, the 4th Vietnam Southern Folk Cake Festival 2015 will be organized with the theme of Southern folk cakes towards integration. The event is held to introduce and promulgate typical folk cakes widely. 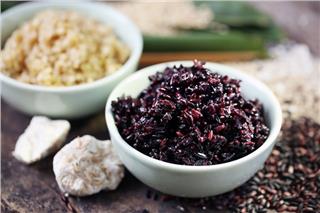 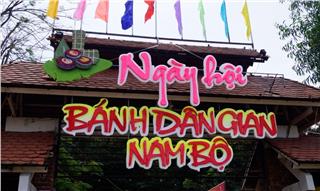 Folk Cake Festival, one of the traditional festivals in Southern Vietnam, will be held on February 2nd at the Hoa Su Restaurant in Can Tho. The festival aims to introduce to tourists the cultural traditional feast in Tet occasion of Vietnamese. 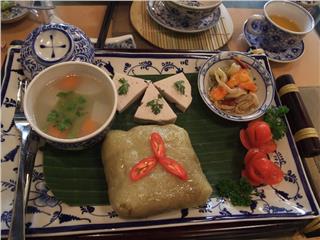 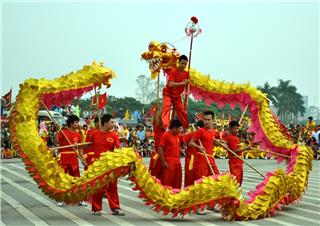 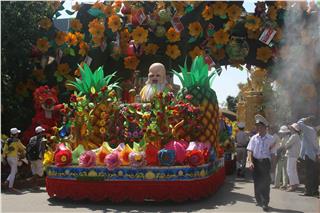 The opening ceremony of Southern Fruit Festival 2014 will be held on June 1st. The festival is an annual cultural event which is the most awaited every summer in Ho Chi Minh City. 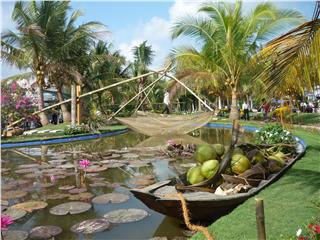 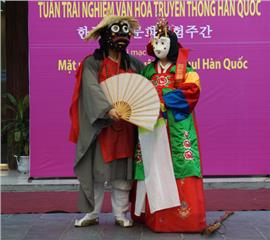 From August 17th to 23rd, Week of Korean Traditional Culture Experience will be celebrated at Vietnamese Women’s Museum on Ly Thuong Kiet Street. It is an opportunity to explore and experience Korean culture. Annually, on the 10th day of the third month in lunar calendar, people from everywhere in Vietnam and international tourists come to Phu Tho to join Hung King Festival. This is one of important festivals in the country. The second Halong Cherry Blossom Festival took place successfully. After two times of organizations, the festival proved itself in defining relationships between Vietnam and Japan in particular, Quang Ninh and other cities of Japan in general.

Hanoi Traditional Craft Village Festival to be held in October