As one of the oldest pagodas in Hanoi, Tram Gian Pagoda has long been one of impressive spiritual tourist sites attracting numerous tourists at home and abroad. Tourists once setting foot on the pagoda will actually get unforgettable experiences.

Tram Gian Pagoda (literally One Hundred Compartment Pagoda), also known as Quang Nghiem Pagoda is located in Tien Lu Village, Tien Phuong Commune, Chuong My District, Hanoi. Far about 20 kilometers from Hanoi city center, this pagoda with 104 compartments is one of the most ancient pagodas in Vietnam. The pagoda was built in the 12th century under Ly Dynasty. Its roof was built on the great number of wooden pillars. If 4 pillars form one compartment, the pagoda retains more than a hundred compartments. It is the reason why the locals often call the pagoda Tram Gian Pagoda (One Hundred Compartment Pagoda). Thanks to its extremely unique design, Tram Gian Pagoda has long become one of the famous pagodas in Hanoi attracting numerous tourists.

The pagoda has been renovated several times. The architectural ensemble here can be divided into 3 clusters. The first one consists of two houses right on the entrance into the pagoda. The second one is the 2-storey bell tower with 8 roofs built in 1693. The rest includes the worshiping hall and upper sanctum. From the three-gate entrance - steeple through the narrow courtyard, tourists will set foot on the pagoda's courtyard. Stepping up 7 stone stairs more, tourists will reach the pagoda's patio or run along the corridor on the left to enter the inner courtyard of the pagoda with the extra housing area (guest house and monk rooms...) and then get in Jewels behind the apse. The central area of the pagoda is the harmonious combination of forecourt and upper sanctum with each other creating the unified interior. In addition, the long corridor on both sides connecting with the forecourt in front and apse behind forming the closed architecture. Discovering Tram Gian Pagoda is definitely one of the most unforgettable things to do in Hanoi. 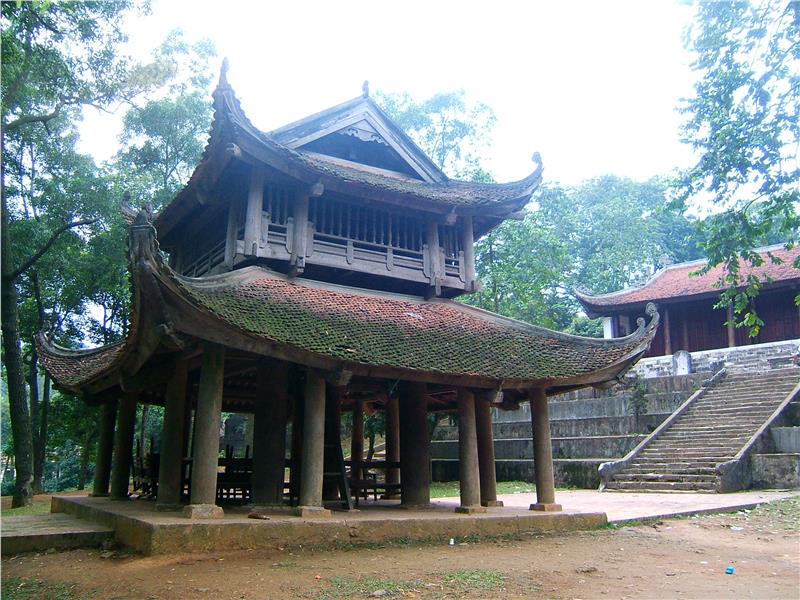 Behind the apse on the left is home to living quarters of the monks built later than other architectural works. Surrounding the pagoda is green campus, which houses nearly 30 pine trees of more than hundreds of years. Two sides of courtyard at forecourt retain the walkway down the tower garden with dozens of mossy graves flickering under the shade of old trees halfway up the hill. They all seem to increase the tranquility for the pagoda. Tram Gian Pagoda is designed under the architecture of worshiping Buddha in front and Saint behind. Together with worshiping Buddha, the pagoda is home to worship Saint Nguyen Binh An, which expresses the religious interference between the beliefs of the nation with the development of history. Along with the system of unique Hanoi pagodas, Tram Gian Pagoda is one of the tourist sites tourists should not miss when experiencing Hanoi travel.

In particular, the main pagoda still hangs a large drum 1m in diameter molded by the end of Le Dynnasty (1749). Furthermore, there are many steles, horizontal lacquered board and parallel sentences... inside the pagoda. Especially, 2 mosaic parallel sentences are regarded to be appeared from Ho Dynasty (1400-1406). The pagoda is home to 153 statues, mostly made of wood and a few made of terracotta. The most prominent and precious is the statues of Buddha and Avalokitesvara Bodhisattva. It is extremely precious antiques that contribute to promote Tram Gian Pagoda to become one of the fascinating Hanoi attractions.

Besides, in the middle of an upper sanctum is the red terracotta rectangular-shaped altar, which is supposedly made from Tran or Mac Dynasty. There is the lotus pedestal on the altar which house the statues of Buddha. The pedestal is decorated with numerous motifs of animals and flowers, four corner of which is patterns of Garuda birds. Along both sides of the corridor is reliefs of 18 Arhat sophisticatedly carved on wood. It is the unique architecture that has brought Tram Gian Pagoda to become one of the most tourist attractions in Hanoi yearly alluring numerous tourists. 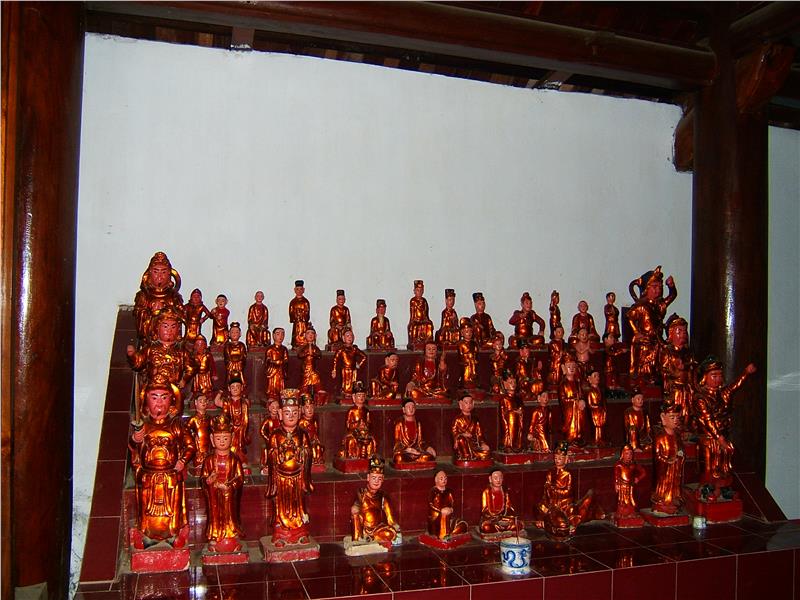 The pagoda was recognized as national cultural historical relics by Ministry of Culture - Information. Visiting Tram Gian Pagoda, tourists will have a chance to immerse in the green of the pine, of the dracontomelum and the faded red tile over time. The tranquil space will definitely leave unforgettable impressions in the hearts of tourists. The towering ancient pine trees, the curved roofs along with the fragrant flavor of lotus will be excellent experiences when tourists once set foot on the ancient pagoda. The journey of exploring Hanoi tour will be definitely much more memorable when tourists land on the unique site. Thanks to its unique characteristics, Tram Gian Pagoda thus displays its significant contribution in promoting Hanoi tourism closer to domestic and international tourists. 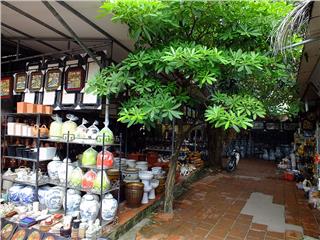 Bat Trang pottery village is one of the most well-known traditional handicraft villages in Vietnam in general and Hanoi in particular. Taking a trip to the village, tourists will experience a wonderful ecotourism and numerous interesting activities. Dubbed as the hell on earth, Hoa Lo Prison today becomes one of the most popular tourist attractions on dark tourism in Hanoi. Go to the historical relics to feel the ferocity of war along with the heroism and the indomitableness of Vietnam people. Somebody say that although Hanoi is small, you cannot walk through all the streets and taste all specialties of this small but beautiful city. Strolling along Hanoi Old Quarter, tourists can see clearly distinct features between Hanoi and other cities.

Far about 15 km from Ninh Binh city and 95 km from Hanoi, Bai Dinh Pagoda complex is worth an attraction not to be missed for any tourists thanks to its unique architecture and the significant spiritual values. In 2013, Vietnam Museum of Ethnology was ranked sixth in a list of 25 most attractive museums in Asia by TripAdvisor, a world's reliable tourism website. Nowadays, the Museum has attracted many domestic and international tourists visiting each day. Located in the large campus strongly influenced with Oriental architectural style, National Museum of Vietnamese History is home to store and show off artifacts on the history of the country and people in Vietnam attracting numerous tourists. Lac Village has been a popular community tourist spot in Mai Chau. Instead a bustling place or pompous splendor, Lac Village converges all rustic, natural, and friendly characteristics that tourists once setting foot in could hardly stop thinking about. 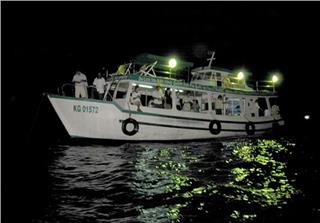 Squid fishing trips Phu Quoc is one of the fascinating tourist services in the pearl island alluring the great number of both domestic and international tourists. Exploring once the wonderful trip, tourists will actually get unforgettable memories. Located to the south, far about 2km from Nha Trang seaport, Tri Nguyen Aquarium gradually creates great appeal for tourists. Inaugurated in 1998, this is currently the largest-scale aquarium in Vietnam. 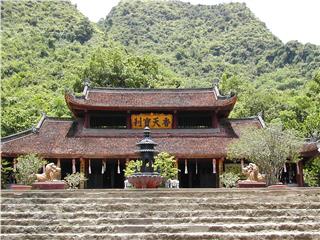 Thien Tru Pagoda has long become one of the centers of Huong Son scenic spots attracting numerous tourists. Immersing in the peaceful scenery and unique architecture of the pagoda, tourists will definitely experience the unforgettable moments. 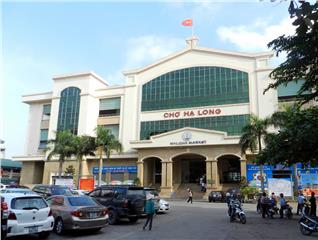 Located right in the heart of Halong City, Halong market is both a leading wholesale market of the province, and a rendezvous to visit and go fascinating shopping of domestic and international tourists once seting foot in Quang Ninh. Situated adjacent Tran Hung Dao Street, Dong Ba Market runs along the north bank of Huong (Perfume) River. Not only is it the trading center, Dong Ba Market is also the soul of Hue Ancient Capital for it has stored the hardly mingled beauty. The Nine Holy Cannons has long attracted tourists thanks to the gifted sculpting details and its tremendous historical significance. They are considered as one of the masterpieces of the engraving art on bronze under Nguyen Dynasty having existing so far. 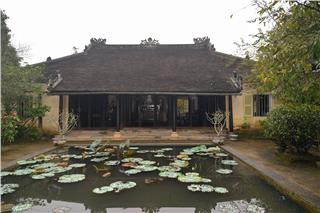 Architecture and nature harmoniously blending together has brought An Hien Garden House to become the appealing attraction in Hue. Undergoing over a century of existence, the garden has remained almost intact landscapes and architectural features. 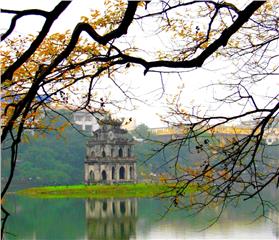 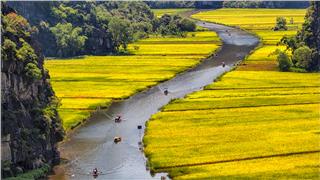 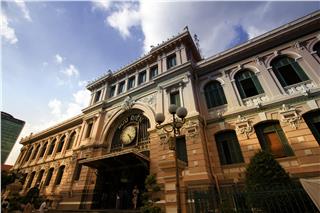 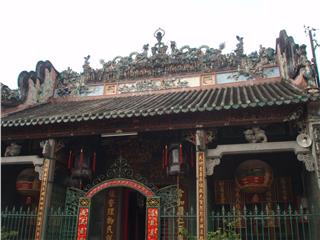